CONVERSE PURIFIES THE AIR AND IS ADVOCATED FOR GENDER EQUALITY!

At the same time!

By drawing a mural, Converse breaks down barriers but also purifies the air using paints that absorb pollutants from the air.

The young muralist Jana Danilović painted the silhouette of a woman in her recognizable manner, which symbolizes different professions, but dozens of professions were also written next to her – in the female grammatical gender.

The new mural that was created on the wall of the Elementary School “Drinka Pavlović” stands constantly and loudly in favor of the empowerment of women and girls and gender equality so that all citizens of Belgrade will be able to read the words: dean, shoemaker, director, surgeon, political scientist, scientist, director … and we hope that all these gender-sensitive expressions will be adopted, but also spread further because everything that women and girls can and want to do should have its correct name. 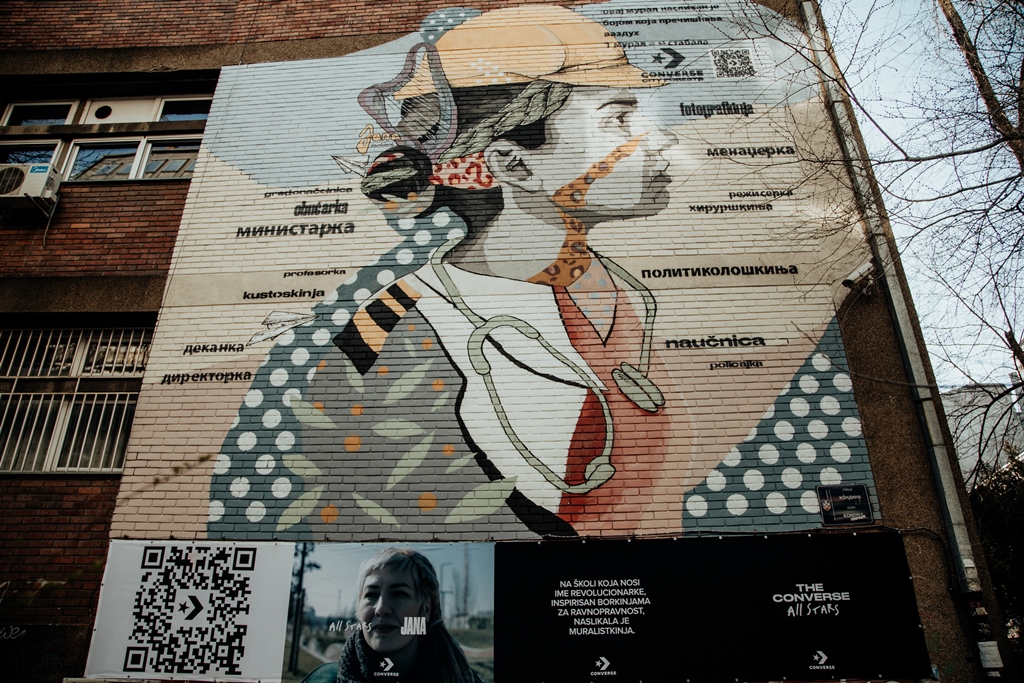